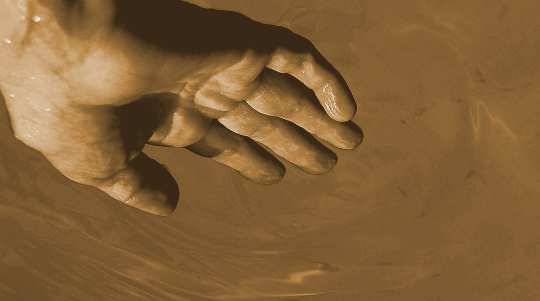 The Philistines were euphoric!  Not only had they just defeated the Jewish nation on the battlefield, but they had captured that pesky God of Israel that was supposedly so all-powerful and frightful.   The ark of the covenant, Judaism’s most holy relic, was now THEIRS!  The entire nation of Philistia was all smiles as they tucked the ark away in the house of their god Dagon for its first night on Philistine soil.

Seven months later the country lay in utter devastation.  The mighty fish god Dagon had fallen on his face twice before the ark – the idol was in pieces and his temple was now a no-go zone.  Thousands were dead across the five cities of Philistia.  Mice overran the country ravaging the crops.  The citizenry yet alive could barely walk with, of all things, the excruciating pain of “emerods in their secret parts.”

Five times the Philistines blamed “the hand of God” for their woes.   His hand was heavy against them, sore upon them, against their cities and was not being removed.  In 1Samuel 6:5 they plotted sending the ark of the covenant back to Israel by cow express in hopes that “the God of Israel…will lighten his hand from off YOU, and from YOUR GODS, and from off YOUR LAND.”

The plan was cunning.  Put the ark on a cart (with some golden offerings to appease the Jewish God) and have it pulled by two milch kine – but tie up their calves at home!  The cows would of course want to return to their young in the barn, but if they took off for Israel instead, the nation of Philistia could be reasonably sure (after seven months of catastrophic pain and misery) that it was the hand of God at work in their land and not “chance that happened to us.”

The cows shot like a bullet for the Jewish border.  They guessed right!  It wasn’t chance – the GOD of Israel was indeed behind it all.

During the COVID era the world has been in upheaval on every front.  People have lost their livelihoods, their freedoms, their wealth, their health and in many cases their lives.   While businesses and governments lay in tatters, the citizenry mulls their “bad luck” and the unfortunate circumstances that happened to them by chance – or was it?

There is a sovereign God in heaven who is truly interested in the affairs of every corner of his creation – including you!  Sometimes in judgment and sometimes in loving chastisement he brings to bear a heavy hand in order to gain the attention of those who have for too long ignored him.    Rather than chalking up your present struggles to bad luck or happenstance, perhaps you might be far wiser to humble yourself in the sight of Almighty God and let him know that you are now listening and willing to obey.   You might be just as surprised as the Philistines were to see their problem make a beeline for the horizon.

“But he giveth more grace. Wherefore he saith, God resisteth the proud, but giveth grace unto the humble.”   James 4:6