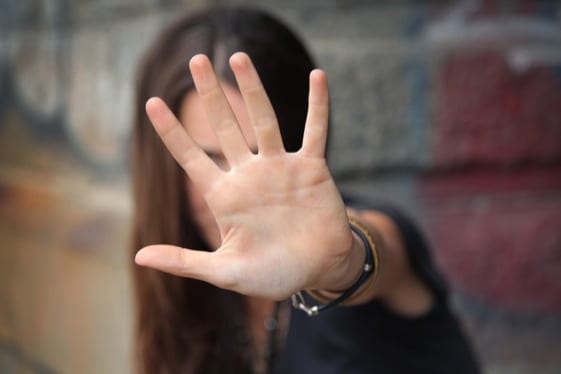 When we think of someone despising God, we think of atheists or those guilty of persecuting Christians – you know, the really vile types consumed with hatred and scorn and contempt for the Creator, shaking their fists at Him up in heaven.   Scripture however presents something quite a bit more disturbing than even this.

King David made the mistake of not going to war when he should of.  Instead he was wandering upon his roof in the middle of a sleepless night.   Seeing a woman bathing led to enquiries which led to adultery which led to murder which led to a hasty marriage and a birth that should never have happened.  Nathan the prophet had the unenviable task of confronting the king about his sin.  Fortunately the message God had sent the prophet to deliver brought about repentance in the heart of the king.  Although there would still be many consequences of David’s sin, God had granted him mercy and forgiveness.

However, in the midst of God’s rebuke, the Lord accurately and succinctly lays bare the actual cause of David’s actions.   “Wherefore hast thou despised the commandment of the LORD, to do evil in his sight? thou hast killed Uriah the Hittite with the sword, and hast taken his wife to be thy wife, and hast slain him with the sword of the children of Ammon.   Now therefore the sword shall never depart from thine house; because thou hast despised me, and hast taken the wife of Uriah the Hittite to be thy wife.”   (2Sam. 12:9-10)

Wow!  God does not point to lust or envy or pride or even adultery and murder as David’s real problem.  David was ultimately guilty of DESPISING God and his commandments!

“But every man is tempted, when he is drawn away of his own lust, and enticed.  Then when lust hath conceived, it bringeth forth sin: and sin, when it is finished, bringeth forth death.”   (James 1:14-15)   In the course of a sin going through the process of presentation to temptation to fruition and ultimately damnation, there is a conception phase – a place where the possibilities of the temptation are turned over in the mind.  If one fails to immediately say no and turn away from an ungodly opportunity that presents itself, lust is conceived and begins to grow.  Can I get away with this?   What will happen if I am caught?  Is it really that bad?

Somewhere in this debate between soul and flesh an evil thought arises about God himself:  Does God really have my best interests at heart?  Is he unjustly holding something back from me?  Does he truly care?  Are his words on this matter really that important?  Maybe his warnings are not quite so dire?   We begin to view God with contempt and disdain for unjustly holding us back or hindering us – and then we turn our back on both him and his words and do what WE want to do and BOOM!   Not only have we given into a temptation and become guilty of a new sin, but according to the Holy Spirit we are also guilty of despising God.

Love fulfills the law.  The love of God is to keep his commandments.  We are to love God with all our heart, mind, soul and strength.  When we turn from this foundational principle and in that moment of temptation choose to love ourselves more than God, we in effect despise him.

Do you despise God?   Most believers would fall all over themselves to deny such an accusation and profess their deep love for God, but the question is not one of sentiment, but one of action.   The sweet psalmist of Israel had much to say about loving the Lord, but in this instance his actions demonstrated despite.  The only cure for such a lack of love for God is an honest appraisal of the depths of the depravity within our hearts and humble confession and repentance.

Psalm 51 is arguably the greatest prayer of confession and repentance in Scripture.  This psalm is David’s response to the utterly devastating accusation that he had despised God.  Although the psalm shows David’s total acknowledgement of the prophet’s accusations and his absolute humility as he begs God for washing and cleansing, there is a much deeper truth that emerges:   David did not want to be remembered as the man who had despised God.  Note how David uses the word “despise” in verse seventeen!

Throughout these verses, David repeatedly cried out to God for cleansing on the inside and for a restoration of his relationship with his Creator.   Mere forgiveness was not enough!  The presence and face of God – the joy of his salvation – worship and praise – God’s pleasure – these were the things that David now saw as precious beyond all else.  From the miserable depths of contemptuously scorning his Lord to the opposite heights of incomprehensible love and joy was the path David traveled when he ceased justifying himself and agreed that he had been guilty of despising God.

Is your heart today free of despite for God?

“For God hath not called us unto uncleanness, but unto holiness.   He therefore that despiseth, despiseth not man, but God, who hath also given unto us his holy Spirit.” (1Thes. 4:7-8)